Louisville Naval Museum remains dedicated to saving and preserving America`s maritime history. Contact This email address is being protected from spambots. You need JavaScript enabled to view it. with any questions. General inquiries can be answered at 765-377-0297.

United States Army Air Force Crash boats (USAAF) were a class of wooden hulled boats ranging in size from 63 feet to 104 feet. Their mission? Find and recover downed airman who had to ditch their plane over the sea. The 85-foot boats were built after crews wanted a boat with greater range than the 63-foot boats offered, and faster than the 104-foot boats could offer thus the 85-foot PT boats were created. Other missions also evolved for P Boats such as supporting the OSS on secret missions and inserting commandos. P-520 was built in Wilmington California in 1944. She remains the last of the 140 built. The P-520 sailed its entire military career off shores of California, making one rescue attempt during which crews found a pilot's helmet, goggles, a boot and life raft. The boat was also damaged on the attempt and was taken to San Francisco for repairs. Damage from this incident is still visible as one of the bridge windows is still cracked. It sailed again for a while in the Bay Area.

Not long after the war the boat, which cost $250,000 to build, sold for around $6,000. The P-520 was sold to the general public in the late 50s as a private yacht. The original V-12 Packard engines that used aviation fuel were switched out for V-12 Detroit diesels reducing her speed from 30+ knots down to about 15. The P-520 was eventually sold off once again. The new buyer picked up the boat in the 80s, and 2 weeks into the restoration gave up handing the boat over to the AAF-USAF Crash Rescue Boat Association. Bud Tretter, and his son Jerry Tretter in 1998 spent the next 7 years restoring the P-520 to her original 1944 configuration. Thought to be in decent shape they began restoring the boat peeling back layers of paint to find sections of the hull rotted out. In May of 2005 P-520 made her triumphant return at Bud Tretters Long Beach shipyard and Yacht club.

Unfortunately, in 2012 Bud Tretter passed away, and in early 2020 Jerry Tretter passed away as well. P-520 had been nearly fully restored at this point completing many public relation trips on the west coast. The boat still sitting in the same marina and was passed on to Buds widow Kathy Tretter. Lewis Palmer president of the Louisville Naval Museum reached out to Kathy about the 520 who was willing to donate her. P-520s new home is the East Coast performing the same mission Bud and Jerry had set out for her spreading awareness and remembering those like Bud who served aboard these crashboats and the vital mission they served through WWII and Korea. 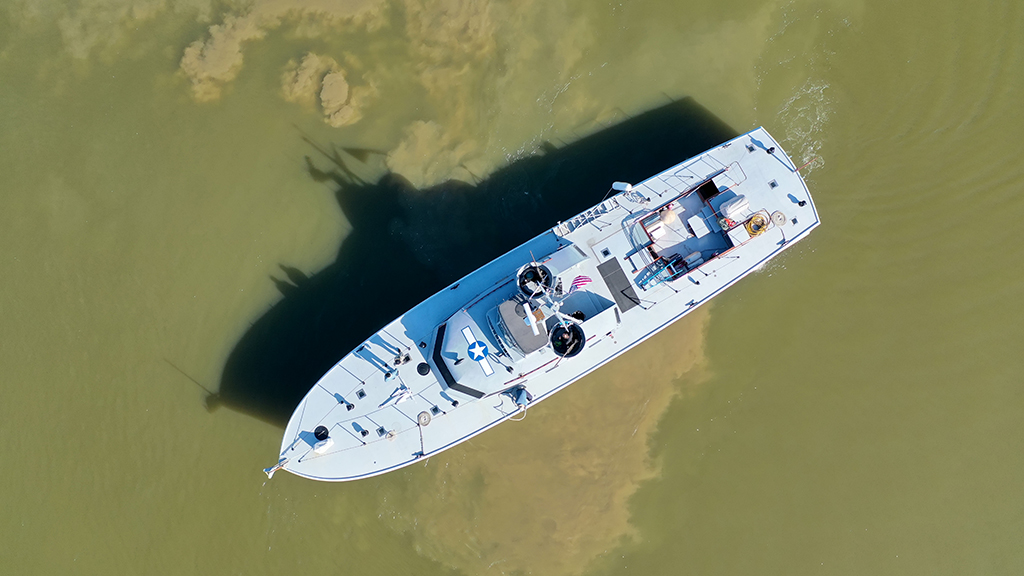 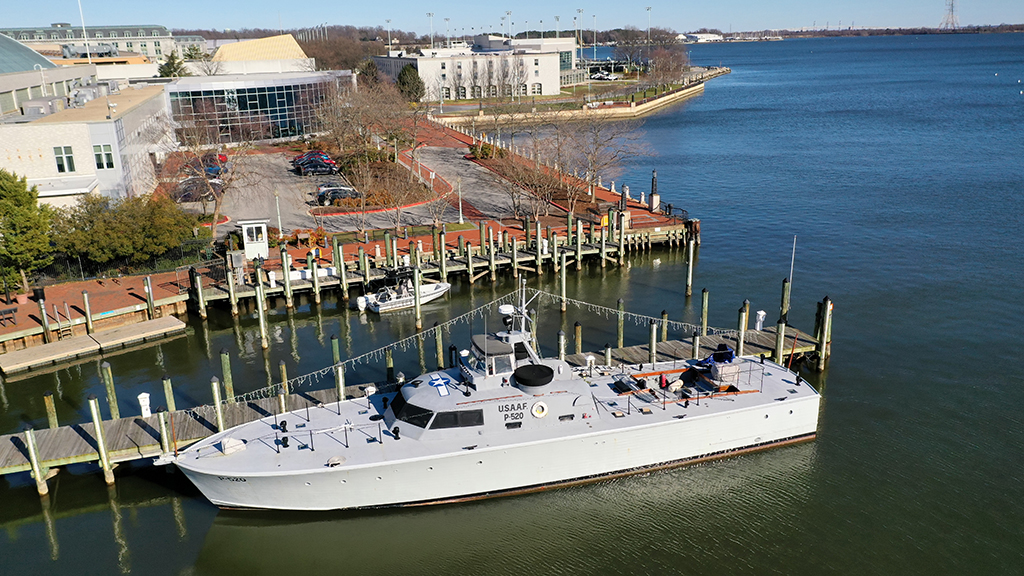 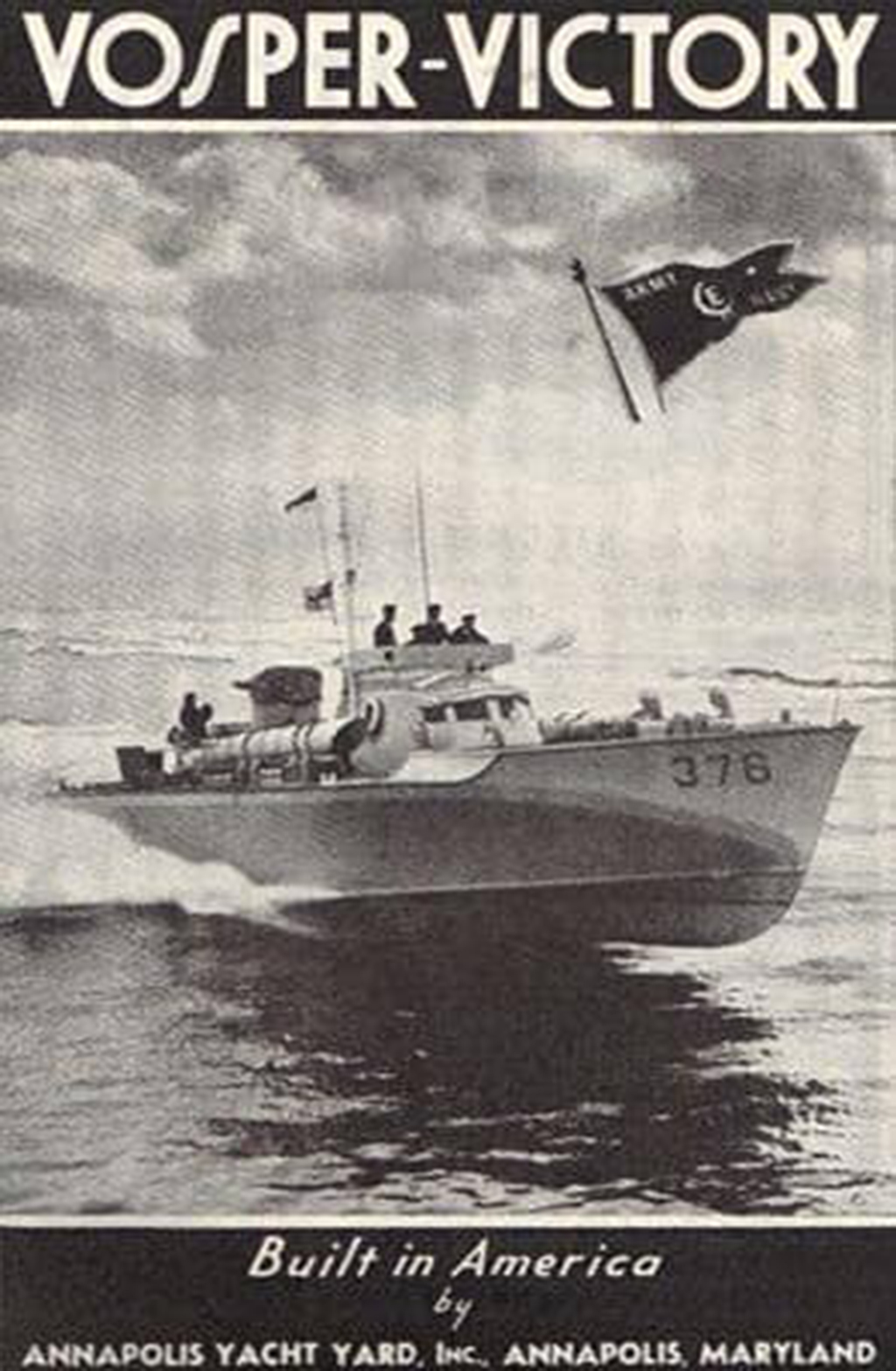 100% of all donations made are used for the P-520. Our museum staff is unpaid and all proceeds to keep the P-520 operating. All donations are tax deductible as we are a 501c3. Donation letters are given upon request.